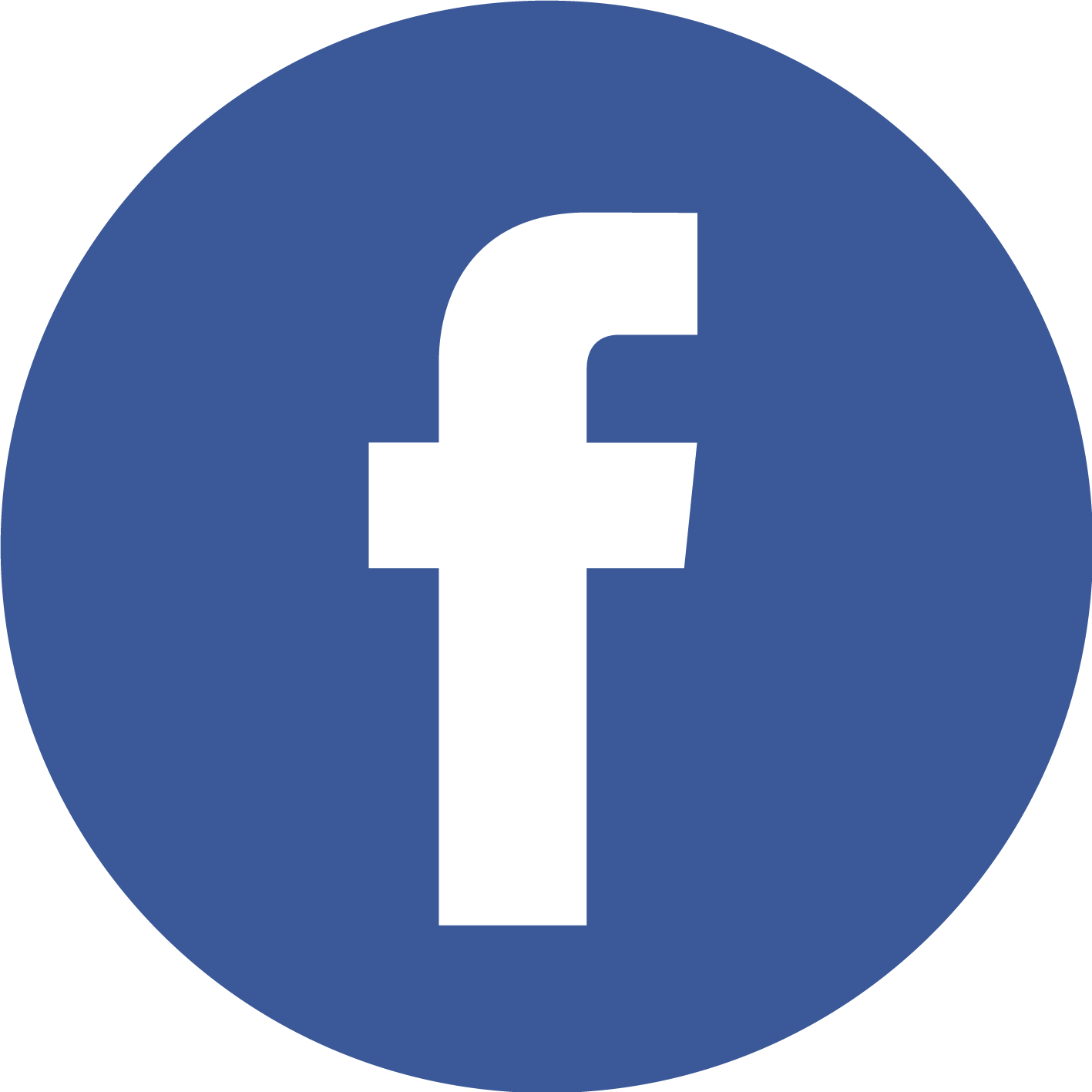 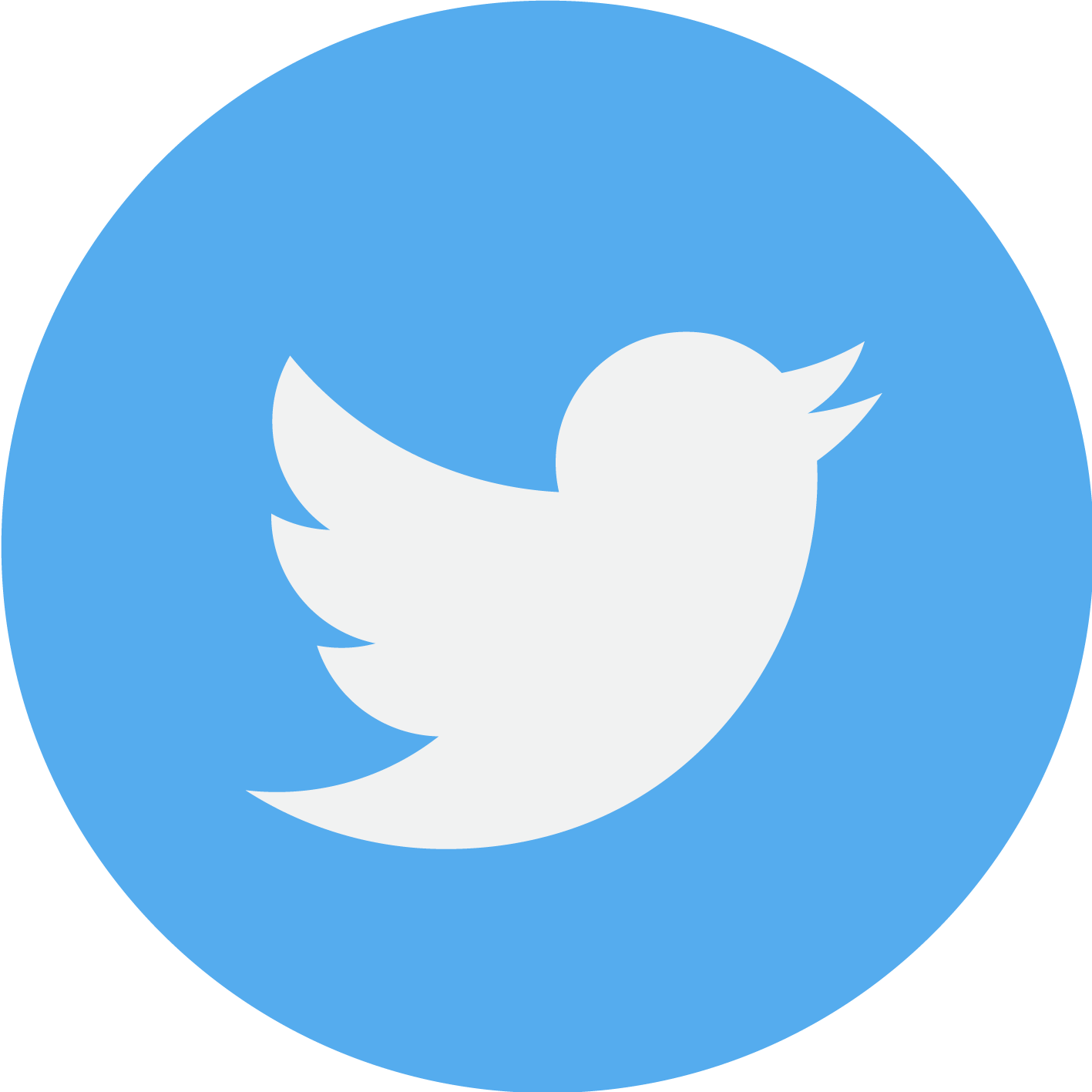 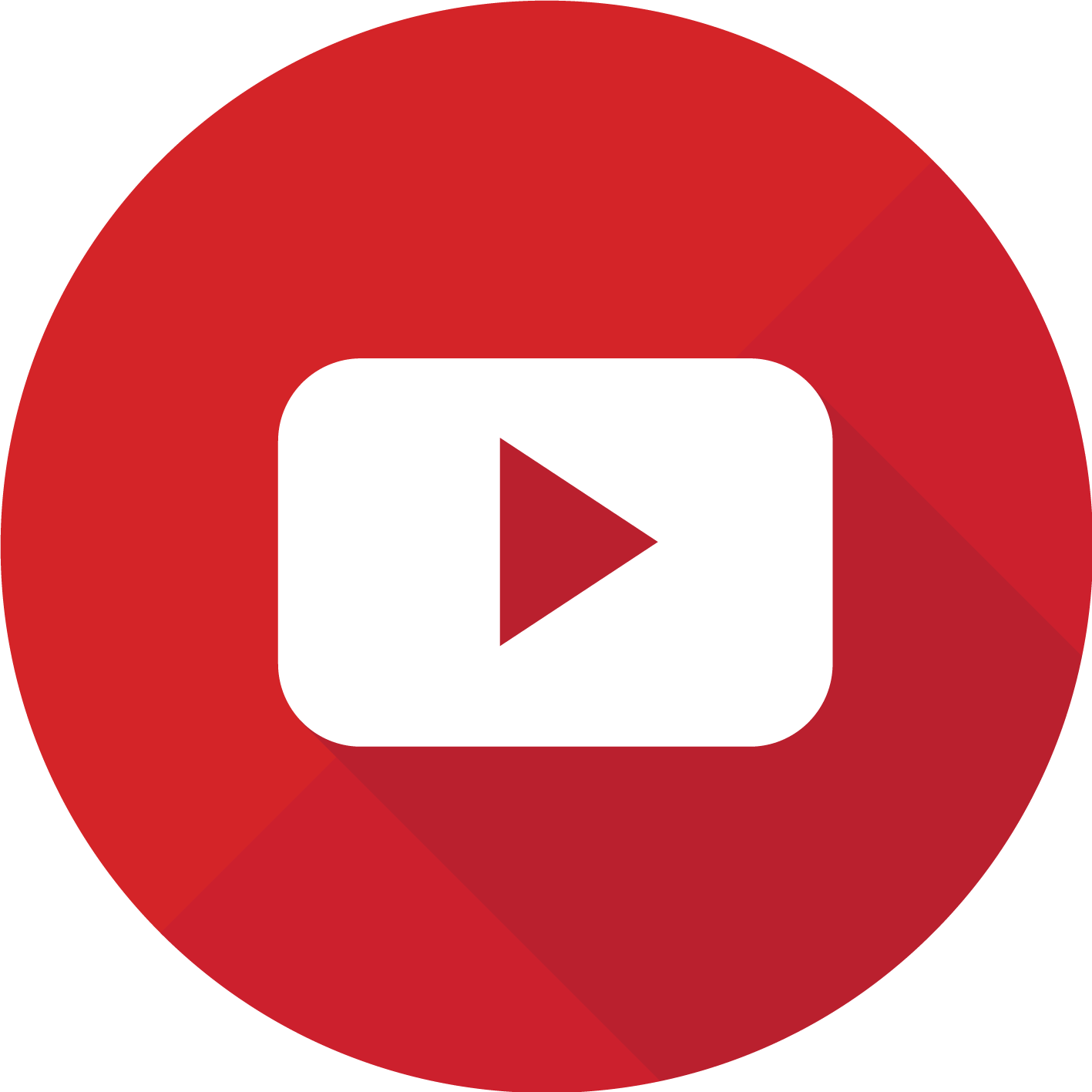 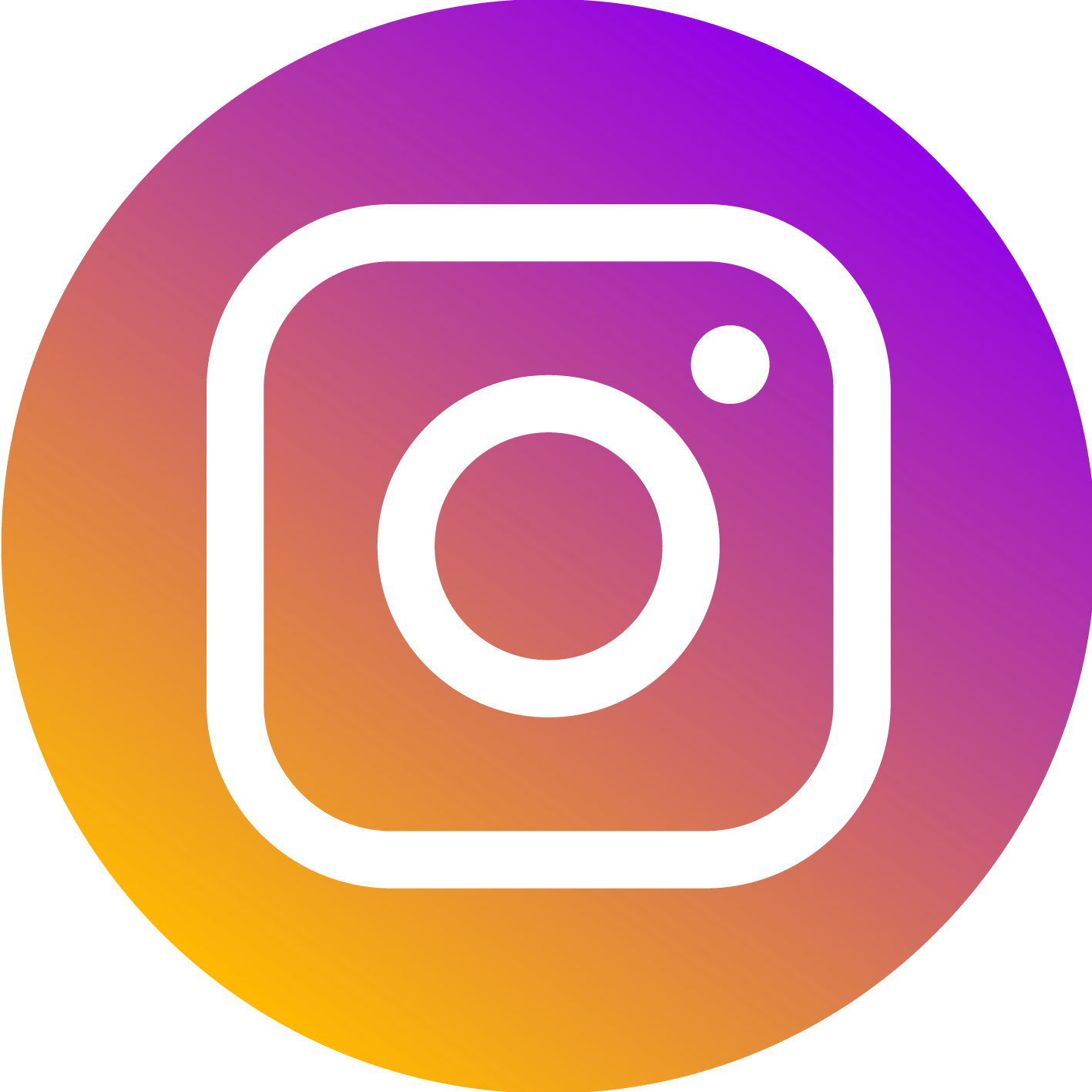 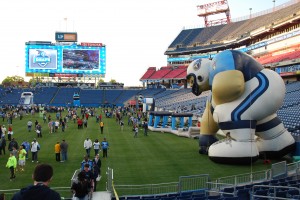 LP Field hosted this years Tennessee Titans Football Draft Day.  Besides the free food there were many fun activities the Titans had available for all ages.  We had access to most parts of the stadium from the stands to the field where there were games for kids including trying your skill at kicking field goals from the 10 yard line where Rob Bironas kicks for his NFL game day job. 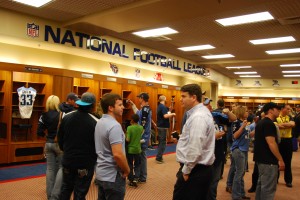 Fans got an up close look at the Titans Lockeroom

It was fun visiting the Titans locker room and meeting rooms.  Kids were able to see where the players lockers are located and actual football equipment the Titans players wear on LP Field game day.  There was even a room called the Music City Miracle Experience where you could relive the most exciting play in Tennessee Titans LP Field History. 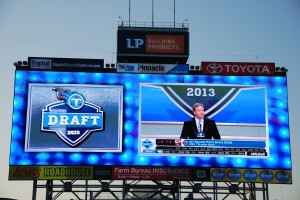 The actual NFL Draft was being broadcast on the LP Field 2 jumbo screens.  Players were signing autographs and the Titans Cheerleaders were everywhere meeting and having their pictures taken. 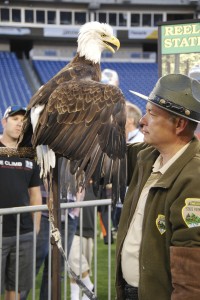 The Tennessee State Parks was on hand with a real live Bald Eagle and Owl.  They let you get up close which was a real treat to see both these beautiful birds. 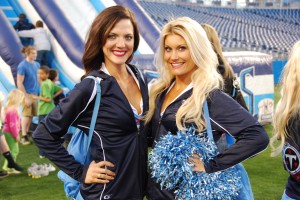 Titans Cheerleaders greeted fans at just about every turn.

Football season is not that far away.  We at Main Event Parking look forward to seeing everyone for our first Pre Season game on August 8, 2013 against the Washington Redskins at LP Field.  Secure your Titans Season Parking Pass today here on our website! 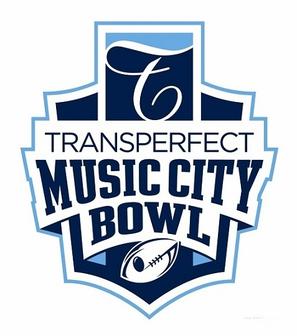